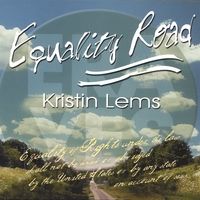 Written in 1979, it may be the first song calling for marriage equality - at least, it is surely one of the first! The song has been sung and recorded by many others, including Katzberg and Snyder, Pilshaw and Sklamberg, and in the March of Washington video from 1993 featuring the large public ceremony of commitment by many gay couples.  Since the marriage equality movement has grown, requests to sing and air this song have grown a lot.