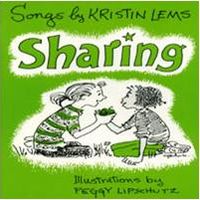 From the recording Sharing - Children's CD and Book

We all knows the noises that animals make
We all know the sounds of machines
But this is a song that is just for the sake
Of such creatures as rabbits and goldfish and snakes
That are not heard, but quite often seen

What does a fish say?  How bout a turtle?
What kind of noise can you hear from a star?
There you are!

Many things are important that don't make a noise
Such as a baby that's sleeping
Even an oyster's annoyed by a noise
And what sound does ivy make creeping?

What noise does snow make?
How bout a flower?
What sort of sound will come out of a photograph?
Not a laugh!

Many things are noisy and silent in turns
Such as an egg that's not breaking
Or, for example, a match before it burns
Or a milkshake that's no longer shaking