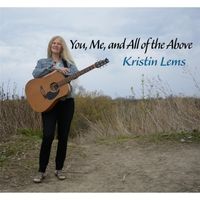 From the recording You, Me, and All of the Above

Perhaps Carl (Karl) is the most famous guinea fowl ever since he has been written up twice in the Chicago Tribune, here and here.  Carl “free ranged” in our neighborhood for 5 months, until his fans deemed it necessary to get him to a more appropriate home, and I wrote a song about him.  When the neighborhood kids that had lived next to Carl's tree sang on the chorus, it became even more special!

1. A neighbor ran in the park each day
Part of his workout for parkour play
What a surprise he found last May -
It was Carl the guinea hen!

2. It was easy to catch him in a towel
Carl was one bedraggled fowl
He nursed him to health, soon we all gave a howl seeing
Carl the guinea hen!

3. Like a turkey breast with a scrawny neck
Two red wattles his beak bedecked
His two-toned call was loud as heck
Carl the guinea hen

4. Some neighbors loved him and some did not
The city was called but he never was caught
Carl stopped traffic on the spot
That odd-looking guinea hen.

5. Now fair was the fowl when the weather was fair
But soon coyotes were lurking there
And a hawk watched Carl from a nearby lair
To make a meal of that guinea hen!

6. So Carl’s protectors hatched a plot
Let Carl die? No, they would not
Bought a chicken cage, found a quiet spot
And caught that guinea hen!

7. They drove downstate to a welcoming farm
Just one time held him in their arms, now he’s
Pecking in the yard and safe from harm
Carl the guinea hen!